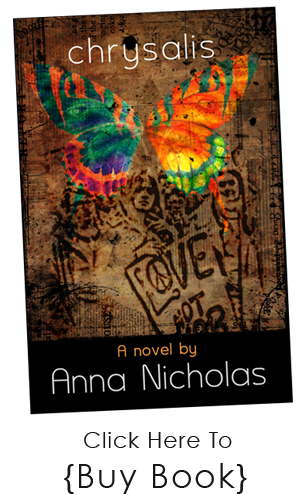 Eighteen-year-old Sarah Sinnott, depressed by the assassination of Robert Kennedy the previous day, quarrels with her best friend and leaves school early on the last day of her senior year.

Sarah doesn’t want to attend graduation, but does so to please her parents. That night, her father announces that the family will be taking a vacation trip to Florida.
Sarah decides she wants to overcome her shyness and make some changes in her life.
Sarah falls in love with the sea, finding peace on the shore unlike any she has known. Her brother, Chris, confides his fears about the military draft to Sarah.
The fall semester begins and Sarah begins college with apprehension and excitement.

In the meantime, twenty-one- year -old Seth Jackson complains about the expectations
of his father, a farmer.

Sarah’s high school crush (Dave), who has always made fun
of her, continues his harassment on campus.
Sarah develops a crush on Seth after hearing him read his anti-war poetry in the
Student Union. Sarah and Chris share their respective troubles and possible solutions.
Sarah meets Nathan Rogers, a nineteen-year-old student activist who helps her get involved in a grape boycott and a clothing drive for an Indian reservation.
Sarah and Nathan get to know each other. Dave gives Sarah more trouble. Nathan defends her. Sarah decides to write a letter to the editor of the student newspaper in rebuttal to one written by Debbie, a cheerleader. Sarah and Chris have an argument with their dad about Vietnam.

Nathan tells Sarah he’s gay. He wants to speak at an upcoming gay rights rally, but he’s afraid. Sarah offers support.
Sarah’s letter is published, which angers Debbie. Debbie has noticed Sarah watching
Seth, so she takes revenge by flirting with him.
Chris gives Sarah advice about her social problems and suggests that she write an
article on the gay rights rally for the student newspaper.

Nathan helps Sarah with her newspaper article. A group of students finish up the
clothing drive by packing boxes and loading them on a truck. Seth talks to Sarah as
they work.
Sarah sees Debbie and Seth together in the Union several times. Then she doesn’t
see either of them anymore. She concludes they are eating elsewhere to gain privacy. Sarah’s fear of being hurt causes her to avoid Nathan. Nathan confronts her, and lets  her know that Seth has been eating in the rec room to avoid Debbie.

Sarah learns that a boy she knew in high school has been killed in Vietnam. This renews
her fears for her brother.
Sarah turns in her article to Seth, who edits the student newspaper. Seth invites her to the student writers’ group.

Nathan and Dave nearly come to blows after Dave mocks Sarah.
Sarah helps Nathan prepare his speech for the rally. When Sarah comes across Seth in the Union, he invites her to play a game of chess. They set up a time for a second game.
Hecklers bring the potential for violence to the gay rights rally. Seth restores order. Nathan regrets speaking at the rally.
Sarah and Seth go for pizza after their chess game. He reads some of her poetry
and convinces her to go to a student writers’ meeting with him. Sarah sees a new, vulnerable side of Seth.
After the writers’ group meeting, Sarah and Seth build a snowman. Seth kisses Sarah. He tells her about a big war protest coming up just before winter break. Sarah agrees to participate.
Nathan confides his feelings about being gay to Sarah. When Seth tells him about the upcoming war protest, Nathan seems more his normal self.
The war protest turns ugly when students throw marshmallows at police officers and
the officers think they are throwing rocks. Sarah is arrested. She is terrified as she waits
in a jail cell and blames Seth and Nathan for it. She struggles with the decisions she has made.  Was it a mistake to become so involved? Was she better off hiding in her room with her books and music?

Send me a message